Bloatware: How, Why and Goodbye 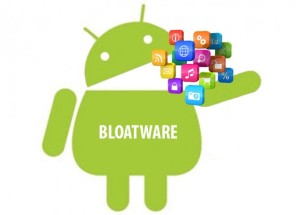 BLOATWARE, CRAPWARE: No matter what you call it, the junk  that PC makers dump onto new PCs is nothing short of a mess.

The situation was in the spotlight recently when it was revealed that several Lenovo PCs were preloaded with “Superfish” that actively left users vulnerable to attack.

The software compromised secure HTTPS web connections in a quest to inject ads on the sites you visit… and make Lenovo a few nickels. There’s no doubt about it: Even though the root vulnerability came from Superfish, Lenovo messed up. Hard.

This shouldn’t have happened, period. But Lenovo didn’t toss its users to the wolves out of malice—instead, the Superfish debacle is a natural extension of the entire bloatware epidemic.

Why does Bloatware exist?

Bloatware exists because we all like cheap or free software, and rightfully so. Money’s tight, and even the cheapest PCs are a major, multi-hundred dollar investment.

But good news! Prices are plummeting in the wake of dirt-cheap Chromebooks and Microsoft’s resulting counter-attack.

While that sounds good on paper, deep down it’s actually troubling news for the PC industry. Mainstream personal computers are a cutthroat business; prices have been racing to the bottom for years now.

PC vendors make little to no money on such slim margins, which is a core part of the reason HP is splitting off its PC division (again) , Dell took itself private, and Sony and Samsung have bowed out of the PC industry to varying degrees.

There’s simply no real money to be made on dirt-cheap hardware. Enter bloatware.

PC makers don’t really believe that short-lived antivirus trialware is the best security solution for you, or that adding browser toolbars will make your life easier, or that a “visual discovery tool” like Superfish truly adds to the user experience.

The developers of bloatware pay hardware makers cold, hard cash to pump your PC full of this crap and get in front of your eyeballs.

That extra revenue often makes all the difference for vendors between taking a bath on competitively priced PCs, or eking out a small profit. (There’s a reason pricier premium laptops often contain far less bloatware than budget PCs.)

How to beat Bloatware

Even ignoring Superfish’s security implications, the sea of junk consumes your PC’s precious hardware resources and can significantly slow down boot times, as this since-removed graphic advertising.


The easiest way to deal with bloatware is to sidestep it completely. Microsoft—which obviously wants to present Windows in the best possible light—offers bloatware-free “Signature Edition” versions of many popular PCs, from the $200 HP Stream 13 to the jaw-dropping Dell XPS 13 and even more expensive models.

All’s not lost if you buy a standard bloatware-filled PC, however.

Wiping runof-the-mill crapware off your PC is fairly straightforward, assuming it doesn’t sneak in deeper, more dangerous hooks like Superfish did. (Lenovo’s Superfish appears to be a unique situation, however—at least for preloaded bloatware.)

Deleting bloatware in the form of Windows Store apps couldn’t be easier: Just right-click on its Tile, then select Uninstall. Boom! Done.

Likewise, sifting through the list of software in the Control Panel’s “Uninstall a Program” section (Control Panel > Programs > Uninstall a program) will let you see all and eliminate all the crapware that takes the form of traditional desktop software.

Automated tools like PC Decrapifier (pcdecrapifier.com) can speed up the process. Should I Remove It (shouldiremoveit.com) does the same, while also providing recommendations about whether to remove specific programs. 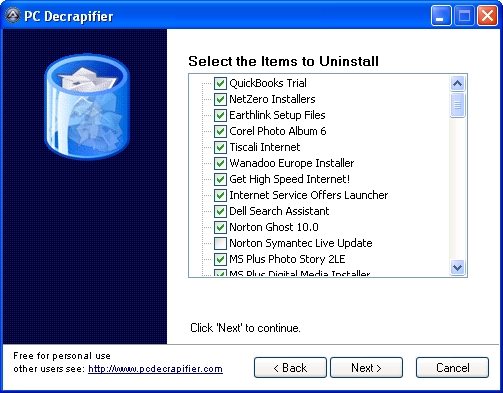 Remember to reactivate Windows Defender or install some security software if you remove trialware antivirus from your PC. You don’t want to head into the wilds of the Web unprotected.

If manual labour isn’t your thing, a clean installation of Windows can give you the proper like-new experience that Microsoft intended, though novice PC users probably shouldn’t muck around with reinstalling their operating system.

IT Experts are specialists in this field –  contact us for any assistance that you need.

In a matter of minutes we can remotely log into your computer – safely and securely – to assist you with any issues you might experience. What is remote support? Click here to find out.

Want to join the discussion?
Feel free to contribute!